While exercise is known to help prevent cardiovascular disease, the degree of protection has been unclear. There have also been suggestions that the benefits can plateau, or even that too much exercise can be harmful. This large-scale study (PLOS Medicine, January 2021), using wearable sensors to measure physical activity found that exercise gives even greater protection than previously thought – and the more of it the better.

Cardiovascular disease (CD) is the world’s leading cause of death, claiming 17.9m lives a year. While exercise is known to be good for prevention, health advice has always needed to be circumspect due to concerns that too much physical activity could be counterproductive. However, there have been substantial challenges in gathering reliable data as most studies have relied on self-reporting methods such as questionnaires.

Associate Professor Aiden Doherty (of Oxford University’s NDPH and HDR UK Associated Researcher) and colleagues, including Professor Terry Dwyer, solved the problem by using wearable accelerometers to precisely measure the amount and intensity of people’s physical activity. Participants were monitored for seven days between 2013-15. The 90,211 participants were then followed-up for five years to see if they developed CD.

The team discovered that exercise had even greater benefits than previously thought. The protective levels were:

The protection was generally similar for men and women and there was no upper limit at which the gains ceased or reversed.

The study was the largest ever of its type and gave weight to the new WHO advice that adults should do 2.5-5 hours of moderate-vigorous activity a week. The authors believe the report should give policymakers, public health bodies and clinicians full confidence in promoting exercise as central to preventing CD.

One immediate impact was that the report attracted widespread media attention including in specialist and mainstream media, within the UK and overseas.

HDR UK has a series of priorities designed to maximise the impact of health data research. This research addressed its objectives of:

The accelerometers provided 180m data points per participant meaning there is the potential to learn many new health relevant insights. Such work will rely on HDR UK’s robust and reproducible machine learning activities to analyse this data in new ways and at greater depth.

Background: Higher levels of physical activity (PA) are associated with a lower risk of cardiovascular disease (CVD). However, uncertainty exists on whether the inverse relationship between PA and incidence of CVD is greater at the highest levels of PA. Past studies have mostly relied on self-reported evidence from questionnaire-based PA, which is crude and cannot capture all PA undertaken. We investigated the association between accelerometer-measured moderate, vigorous, and total PA and incident CVD.

Methods and findings: We obtained accelerometer-measured moderate-intensity and vigorous-intensity physical activities and total volume of PA, over a 7-day period in 2013–2015, for 90,211 participants without prior or concurrent CVD in the UK Biobank cohort. Participants in the lowest category of total PA smoked more, had higher body mass index and C-reactive protein, and were diagnosed with hypertension. PA was associated with 3,617 incident CVD cases during 440,004 person-years of follow-up (median (interquartile range [IQR]): 5.2 (1.2) years) using Cox regression models. We found a linear dose–response relationship for PA, whether measured as moderate-intensity, vigorous-intensity, or as total volume, with risk of incident of CVD. Hazard ratios (HRs) and 95% confidence intervals for increasing quarters of the PA distribution relative to the lowest fourth were for moderate-intensity PA: 0.71 (0.65, 0.77), 0.59 (0.54, 0.65), and 0.46 (0.41, 0.51); for vigorous-intensity PA: 0.70 (0.64, 0.77), 0.54 (0.49,0.59), and 0.41 (0.37,0.46); and for total volume of PA: 0.73 (0.67, 0.79), 0.63 (0.57, 0.69), and 0.47 (0.43, 0.52). We took account of potential confounders but unmeasured confounding remains a possibility, and while removal of early deaths did not affect the estimated HRs, we cannot completely dismiss the likelihood that reverse causality has contributed to the findings. Another possible limitation of this work is the quantification of PA intensity-levels based on methods validated in relatively small studies.

Conclusions: In this study, we found no evidence of a threshold for the inverse association between objectively measured moderate, vigorous, and total PA with CVD. Our findings suggest that PA is not only associated with lower risk for of CVD, but the greatest benefit is seen for those who are active at the highest level.

Can genetics help us to understand why people with severe mental illness have an excess risk of heart disease?

People with severe mental illness (such as schizophrenia, bipolar disorder and major depressive disorder) have a reduction in life expectancy of up to 25 years. That is the difference between... 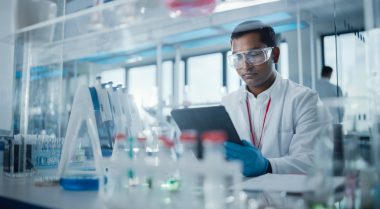 The DECOVID project will apply cutting-edge data science and artificial intelligence, to understand COVID-19 in detail across the UK, and create new ways to support doctors caring for the most... 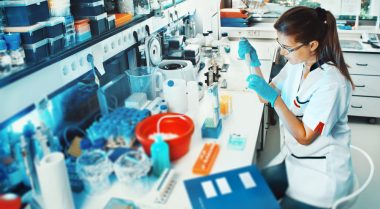 Understanding how blood samples can reveal causes and indicators of susceptibility to COVID...

The HDR UK national cohorts consortium is one of Health Data Research UK’s flagship national projects. It brings together the UK’s major population cohorts – collections of health data from...