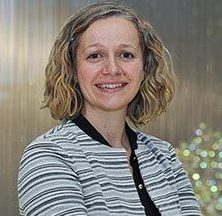 But first, what is Open Access? It’s defined by the organisers of Open Access week as free, immediate, online access to high-quality, peer-reviewed scholarly research coupled with the unrestricted rights to use it in new and innovative ways. Open Access is a growing international movement that uses the Internet to throw open the locked doors that once hid knowledge.

As a university student, I used to take for granted that I had access to all the academic papers I needed to learn about my subject and write essays, reports and later, my PhD thesis. I didn’t think about the tens of thousands of pounds a year that my university was paying for access to those research reports, nor did I consider that universities the world over can’t keep up with inflating journal prices and are forced to cut subscriptions, particularly in resource-poor countries, but much closer to home too. When I left academia, I worked for ten years for various scientific research funders and for most of that time found myself without access to those academic papers I took for granted – on many occasions it would have helped me to do my job better if I’d been able to access primary research.

As a member of the public, and from a personal perspective, I often want to look up the latest research that might have an impact on my family: my husband lives with an auto immune condition called lupus, and has often been given conflicting advice regarding when and whether he should medicate – I’d like to look into the research around that, but it’s behind paywalls; various members of my family have battled with cancer and at times been presented with choices in their healthcare – being able to make informed decisions can only be helped by access to research; I also have young children and am interested in the impact on their health and wellbeing of the choices that I make on their behalf – from breastfeeding (back then) to screen-time (now!); science is often very well reported in mainstream news, but I often find myself wanting to look at original research and decide on my own interpretation.

These are some of my personal perspectives on the need for Open Access – there are so many others: members of public want to access the research which their tax has paid for by way of publicly-funded research; clinicians want to take care of their patients using the best available research evidence; teachers want to make research papers available to motivate and stimulate the fledgling scientists of the future; and funders, scientists, students, librarians etc all have their own reasons for avidly supporting Open Access, from efficient use of research funds, to reproducibility and transparency of research – some of these are captured in these quotes.

The science community is now transitioning to a system in which sharing knowledge is open by default. This year’s Open Access Week theme on “Open Access for whom”, raises these questions: Whose interests are being prioritised in the actions we take and in the platforms that we support? Whose voices are excluded? Are underrepresented groups included as full partners from the beginning? Are we supporting not only open access but also equitable participation in research communication? These questions will determine the extent to which emerging open systems for research will address inequities in the current system. Making the outputs of HDR UK research and innovation available to all, is deeply connected to our aspirations for equality, diversity and inclusion.

We incentivise the HDR UK  community to publish in Open Access journals by: only listing Open Access publications on our website; and celebrating HDR UK Open Access Publication of the Month, which is selected by our Early Career Researcher Committee and kicks off at the end of October 2019. We also aspire to extend our open access aspirations, beyond publications, to software and algorithms etc – the tools of our trade for many health data researchers. Our Attribution Policy sets out that HDR UK researchers and technologists should use HDR UK on GitHub – our institutional space on this open software development platform – to share algorithms, code, software and even training resources.

The Open Access movement is gaining ever more momentum around the world, as research funders and policy makers put their weight behind it. As a minimum, HDR UK matches the policies of our funders, which include members of coalition S (e.g. the Wellcome Trust and UKRI), who are embarking on Plan S, a movement that aims to make full and immediate open access a reality by January 2021.

This Open Access week, we’d like to celebrate HDR UK’s Open Access champions! HDR UK is a young institution and we are proud that we have recently published our 100th Open Access publication. Of those, Professor Ronan Lyons, HDR UK Research Director for our Science Priority in Improving Public Health, from HDR UK Wales/NI, has co-authored more of them than anybody else so far. Congratulations to Ronan and his co-authors, including Ashley Akbari, Rhodri Johnson, Sarah Rodgers, Joanne Demmler, Richard Fry, and the late Damon Berridge. We’d also like to shine a light on an earlier career researcher who has also authored many of HDR UK’s Open Access publications: Dr Rona Strawbridge, UKRI Innovation Fellow at University of Glasgow, HDR UK Scotland. Thank you for your commitment to Open Access! 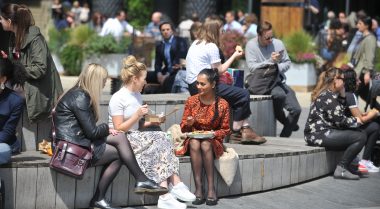 Listed below are a range of HDR UK's open access outputs - including publications and algorithms - that deliver Health Data Research UK's mission to unite the UK’s health data to make... 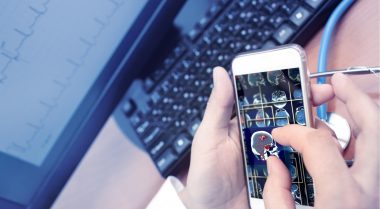