Nine and a half years. That’s the average length of time it takes to reach accurate diagnosis of bipolar disorder, according to a study by Bipolar UK.

Research also suggests that people with severe mental illness – including bipolar disorder and schizophrenia – are more likely to have a physical health condition on top of their mental illness.

My own story is no exception.

I’ve had countless appointments over the years with a variety of health professionals from GPs to psychiatrists and psychologists.

My health record is a treasure trove of information on the symptoms I experience, all the treatments and medications I’ve tried and how good my physical health is. All in all, these records paint a picture of what has helped and – more importantly – what didn’t.

Could my health data help researchers change the future stories of people like me?

The Clinical Record Interactive Search (CRIS) is a computer system which enables researchers to analyse anonymised information from electronic clinical records system. The system was carefully designed to be safe and secure and there are safeguards in place to ensure that the personal details of patients cannot be accessed by researchers who use it.

There isn’t a blood test that can tell if someone has bipolar disorder, or a brain scan to diagnose schizophrenia. Doctors currently rely on accounts from patients and monitor their response to medications and other treatments.

But written health records are much harder to use in research at scale – and researchers need to look at data from larger numbers of people for the best results.

Bridging the gap between physical and mental health

To tackle this issue, a team of researchers at South London and Maudsley NHS Foundation Trust developed an algorithm that can automatically read, extract and analyse information from anonymised health records. They initially trained the algorithm by manually analysing records and annotating them, identifying 21 physical health conditions in the records.

Using the algorithm, the team found that 40% of the more than 17,500 people studied had at least one other condition, and 20% had two or more.

The research also showed that people with a diagnosis of schizophrenia had higher rates of diabetes and high blood pressure.

Finding links between physical and mental health means that not only can doctors look out for the conditions that are most likely to develop, but scientists can also start to understand why.

Hopes for the future

I’m now almost 30. I was diagnosed with bipolar a couple of years ago and started on medication that has quite honestly changed my life.

Diagnosing bipolar disorder is hard – I really struggled to understand what I was experiencing and to put it into words – but something must change. And the link between having bipolar disorder and being more likely to have other physical illnesses alongside it concerns me.

That’s why I want researchers to be able to access my health record data made anonymous in a safe and secure way. If the data in my health records can help, then I want to play a role in helping scientists to find the answers that we so desperately need. 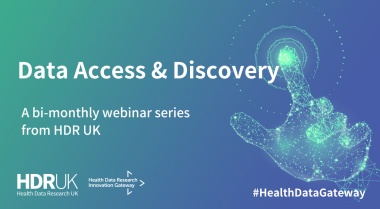 At the start of the year we launched our new bi-monthly Data Access and Discovery webinar series, replacing our previous monthly Gateway Open-Door sessions. The change enabled us to expand our... 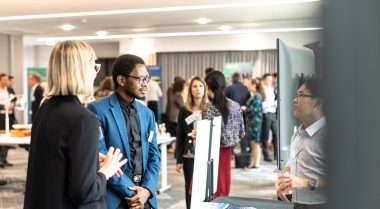 Check out a sneak preview of the partners and HDR UK programmes who will be exhibiting at our virtual marketplace expo for HDR UK’s Scientific Conference on 14 December. 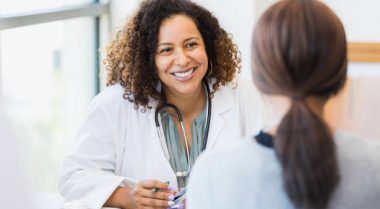