Epidemiologist Aashna Uppal was living in Canada when she decided to return to university and began searching the internet for suitable PhD programmes.

She said: “I was just Googling health data science programmes and it seems they are mostly based in Britain or the US.

“This was one of the first that popped up. It looked amazing, too good to be true. So I looked into it some more and decided to apply.”

Now living and studying in Oxford she feels it was very much the right decision, in part because of the initial foundation year.

She said: “It was one of the main things. I know, at least in Canada and the US, it’s not typical to have a foundational year. You jump right into a project you have to find a supervisor before you start.

“But I really liked the idea of having more time to learn more about the area and just what’s possible.”

Another benefit has been the chance to meet and work alongside a programme cohort drawn from many different backgrounds and says: “It’s awesome. This is one of those fields where it’s just so interdisciplinary with cohort members who are physicists, engineers, computer scientists or public health practitioners. I think there’s a lot we can learn from each other just because of that.”

Aashna took a bachelor’s and a master’s degree at McGill University in Montreal before working on COVID-19 surveillance for the Canadian government. This experience showed her how valuable data can be for policymaking – and how difficult it can be to organise effective healthcare in the absence of quality data.

She said: “I really wanted to learn more about different methods and applications of data science in the field of health, and particularly in epidemiology and public health and saw how powerful it was. So I decided to go back to school to pursue it.”

Aashna has already been speaking to potential supervisors for her three-year research project and may focus on the use of data to build healthcare capacity. While she has no fixed career path in mind Aashna is attracted to the idea of working in public health research. 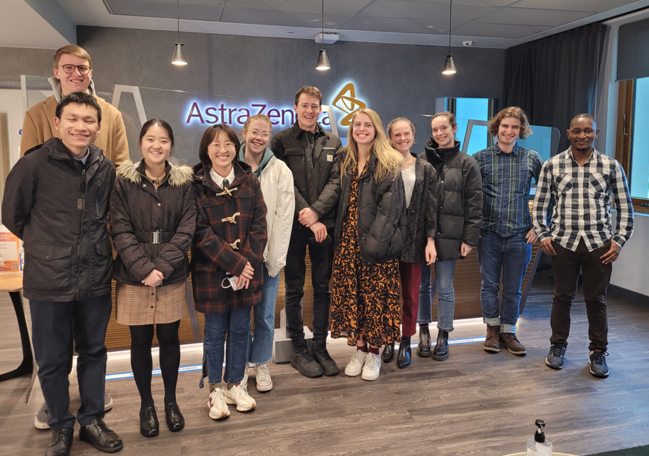