Background
Opioid addiction is a major public health threat to healthy life expectancy; however, little is known of long-term mortality for mothers with opioid use in pregnancy. Pregnancy and delivery care are opportunities to improve access to addiction and supportive services. Treating neonatal abstinence syndrome (NAS) as a marker of opioid use during pregnancy, this study reports long-term maternal mortality among mothers with a birth affected by NAS in relation to that of mothers without a NAS-affected birth in 2 high-prevalence jurisdictions, England and Ontario, Canada.

Methods and findings
We conducted a population-based study using linked administrative health data to develop parallel cohorts of mother–infant dyads in England and Ontario between 2002 and 2012. The study population comprised 13,577 and 4,966 mothers of infants with NAS and 4,205,675 and 929,985 control mothers in England and Ontario, respectively. Death records captured all-cause maternal mortality after delivery through March 31, 2016, and cause-specific maternal mortality to December 31, 2014. The primary exposure was a live birth of an infant with NAS, and the main outcome was all deaths among mothers following their date of delivery. We modelled the association between NAS and all-cause maternal mortality using Cox regression, and the cumulative incidence of cause-specific mortality within a competing risks framework. All-cause mortality rates, 10-year cumulative incidence risk of death, and crude and age-adjusted hazard ratios were calculated. Estimated crude 10-year mortality based on Kaplan–Meier curves in mothers of infants with NAS was 5.1% (95% CI 4.7%–5.6%) in England and 4.6% (95% CI 3.8%–5.5%) in Ontario versus 0.4% (95% CI 0.41%–0.42%) in England and 0.4% (95% CI 0.38%–0.41%) in Ontario for controls (p < 0.001 for all comparisons). Survival curves showed no clear inflection point or period of heightened risk. The crude hazard ratio for all-cause mortality was 12.1 (95% 11.1–13.2; p < 0.001) in England and 11.4 (9.7–13.4; p < 0.001) in Ontario; age adjustment did not reduce the hazard ratios. The cumulative incidence of death was higher among NAS mothers than controls for almost all causes of death. The majority of deaths were by avoidable causes, defined as those that are preventable, amenable to care, or both. Limitations included lack of direct measures of maternal opioid use, other substance misuse, and treatments or supports received.

Conclusions
In this study, we found that approximately 1 in 20 mothers of infants with NAS died within 10 years of delivery in both England and Canada—a mortality risk 11–12 times higher than for control mothers. Risk of death was not limited to the early postpartum period targeted by most public health programs. Policy responses to the current opioid epidemic require effective strategies for long-term support to improve the health and welfare of opioid-using mothers and their children. 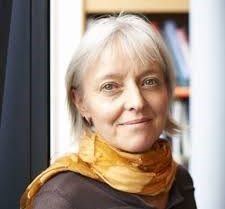 Professor Ruth Gilbert is a clinical epidemiologist, who trained in paediatrics. Currently, she is the Co-Director of the Children and Families Policy Research Unit and she is Theme Lead for...