Background: The past few decades have seen substantial improvements in cancer survival, but concerns exist about long-term cardiovascular disease risk in survivors. Evidence is scarce on the risks of specific cardiovascular diseases in survivors of a wide range of cancers to inform prevention and management. In this study, we used large-scale electronic health records data from multiple linked UK databases to address these evidence gaps.

Methods: For this population-based cohort study, we used linked primary care, hospital, and cancer registry data from the UK Clinical Practice Research Datalink to identify cohorts of survivors of the 20 most common cancers who were 18 years or older and alive 12 months after diagnosis and controls without history of cancer, matched for age, sex, and general practice. We compared risks for a range of cardiovascular disease outcomes using crude and adjusted Cox models. We fitted interactions to investigate effect modification, and flexible parametric survival models to estimate absolute excess risks over time.

Findings: Between Jan 1, 1990, and Dec 31, 2015, 126 120 individuals with a diagnosis of a cancer of interest still being followed up at least 1 year later were identified and matched to 630 144 controls. After exclusions, 108 215 cancer survivors and 523 541 controls were included in the main analyses. Venous thromboembolism risk was elevated in survivors of 18 of 20 site-specific cancers compared with that of controls; adjusted hazard ratios (HRs) ranged from 1·72 (95% CI 1·57–1·89) in patients after prostate cancer to 9·72 (5·50–17·18) after pancreatic cancer. HRs decreased over time, but remained elevated more than 5 years after diagnosis. We observed increased risks of heart failure or cardiomyopathy in patients after ten of 20 cancers, including haematological (adjusted HR 1·94, 1·66–2·25, with non-Hodgkin lymphoma; 1·77, 1·50–2·09, with leukaemia; and 3·29, 2·59–4·18, with multiple myeloma), oesophageal (1·96, 1·46–2·64), lung (1·82, 1·52–2·17) kidney (1·73, 1·38–2·17) and ovarian (1·59, 1·19–2·12). Elevated risks of arrhythmia, pericarditis, coronary artery disease, stroke, and valvular heart disease were also observed for multiple cancers, including haematological malignancies. HRs for heart failure or cardiomyopathy and venous thromboembolism were greater in patients without previous cardiovascular disease and in younger patients. However, absolute excess risks were generally greater with increasing age. Increased risks of these outcomes seemed most pronounced in patients who had received chemotherapy.

Interpretation: Survivors of most site-specific cancers had increased medium-term to long-term risk for one or more cardiovascular diseases compared with that for the general population, with substantial variations between cancer sites. 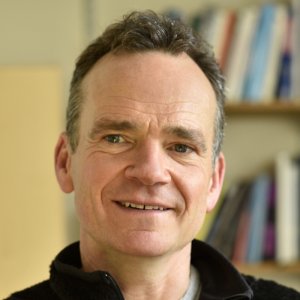 Professor Liam Smeeth trained in medicine and continues to do clinical work as a general practitioner in north London. He joined LSHTM in 1999 and has held fellowships from NIHR, MRC and Wellcome....