As someone with a senior university post, and who is closely involved with HDR UK, it may seem surprising that Phil Quinlan is a reluctant academic. 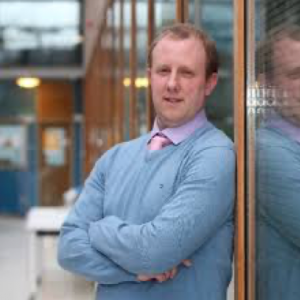 More broadly he argues that research, and the institutions that carry it out, need to become far more diverse and inclusive.

This doesn’t just mean bringing more people, from different backgrounds, into the existing system but also recognising that the traditional academic career path from undergraduate, to PhD and onwards is unsuitable and inaccessible for many talented people.

In his teens Phil developed a fascination with what computers could achieve – the practical potential. And while taking an Applied Computing BSc at Dundee he expected that he would probably end up in industry.

One thing was sure – he would not do a PhD and go into academia, he wanted a “proper job” and a salary.

Then he got a 10-week paid undergraduate placement with the university’s bioinformatics group and found what they were doing was utterly absorbing.

After graduating, in need of a job, he was offered temporary work building databases for breast cancer research. Phil says: “It hooked me. For the first time I really understood how my skills could be applied to a real-world problem. And I could see the outputs almost instantly, I could see effect of my work on research.”

In the end he did take a doctorate, but only because there was an scheme available where he could carry on doing his job and the university would cover his fees. Indeed, when he began studying it became very clear that the kind of work he was already doing was of a level normally expected of post-docs.

Phil is hugely grateful to his supervisors for their support. Even while he was studying they encouraged him to lead research and write funding applications.

Nowadays he leads a 30-strong group from a multitude of backgrounds. Some have doctorates, others don’t, some are from industry with no background in health. It’s this that provides their strength.

The health informatics unit that he runs currently has an abundance of active projects. And these are of many different kinds. Fundamentally their role is to find out what researchers are trying to achieve, then give them the technical solution they need to succeed.

That would be difficult requires a multitude of perspectives.

Phil also believes that areas like data analysis have strongly personal and subjective aspects – so there are clear benefits when the people doing it are representative of the populations they are serving. This is one of the reasons why he applauds the HDR UK Black Interns Programme.

There’s a flip side to this as well. To get the best from health data science Phil believes that many more NHS staff have to be involved and understand and gain from the potential benefits.

He says: “We need to make sure the whole NHS workforce understands the power of data. It’s not usually the consultants collecting the data, but they’re usually the ones analysing it, because of that part of their career path.

“Why are we not doing more to enable nurses and allied health professionals to use data for their purposes. We should be making them aware of why the data is important and what you can do with it – how they can improve their care to patients by using that data.”